Cosy Sheridan first appeared on the national folk scene in 1992 when she won the songwriting contests at The Kerrville Folk Festival and  The Telluride Bluegrass Festival.  The Boston Globe wrote: ”she is now being called one of the best new singer/songwriters”.

She has been on the road ever since, playing clubs, concert halls and coffeehouses across the country.  “You can't make it into double digits, and continue touring for twenty or so years, unless you know what you're doing, and do it well,” said The Chicago Examiner.

She continues to be one of the most prolific songwriters in the folk scene. My Fence & My Neighbor was  number four on  the folk radio charts in 2018. Pretty Bird was was listed in Sing Out Magazine’s Great CDs of 2014.

She was a  voice student at  Berklee College of Music, and a guitar student of legendary finger style players Eric Schoenberg and Guy Van Duser.  She has played at Carnegie Hall, The Cowgirl Hall of Fame and on the Jerry Lewis Telethon.

Backed by the strong rhythms and harmonies of her bass player Charlie Koch, she plays a percussive bluesy guitar style, often in open tunings and occasionally with two  capos on the guitar neck.

She teaches classes in songwriting, performance and guitar at workshops and adult music camps across the country. She is the director  of Moab Folk Camp in Moab, Utah.

Click the image to open in a new window, then right click to save to your desktop 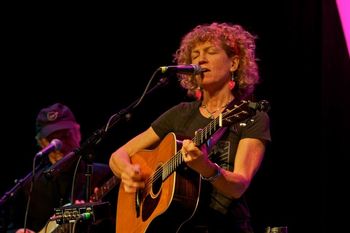 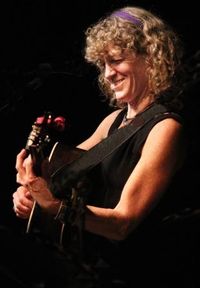 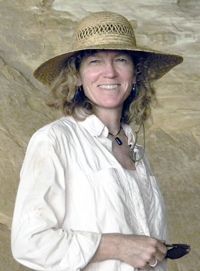 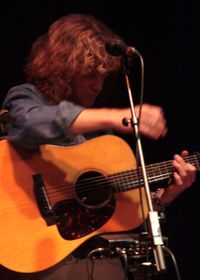